There has been a Jewish community in Turkey (Asia Minor) since the 4th century BC such as in Sardis. According to the Old Testament, the prophet Abraham was born in Ur in Chaldea. Near the Euphrates (Firat) river, there is a historic and ancient city called Sanliurfa whose initial name was Ur. Jewish communities in Asia Minor continued to prosper throughout the Turkish conquest under Seljuks and Ottomans.

In modern times after the Republic, in the late 1930's and early 1940's, Turkey again opened its homes and universities to Jews who had fled from Nazi oppression and persecution. In 1933 Ataturk invited to Turkey many university professors of Jewish origin who were threatened by Nazi cruelty. In the beginning of the 19th Century Turkey was home to more than 100,000 Jews. 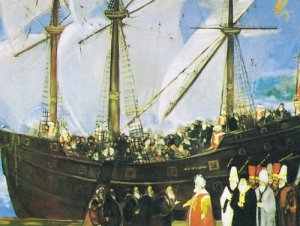 Today Turkey's total Jewish population is around 26,000 (the second largest Jewish community in a Muslim country, being the first is Iran), with a great majority living in Istanbul. In 1992 the community celebrated the 500th anniversary of its existence in Turkey since the Spring of 1492, when they came to Istanbul and accepted by the sultan Beyazid II shortly after the Moors were driven out of Granada, Ferdinand and Isabella of Spain expelled all the Jews from their lands and ended the largest Jewish settlement in Europe. The community is 96% Sephardi, the rest is Ashkenazis. There are also about 100 Karaites live in Turkey, but usually they don't consider themselves a part of the Jewish community and don't take any part in its activities.

The Jewish people in Turkey contributed immensely to the economic, cultural and political life during the times of the Ottoman Empire and the Turkish Republic after the War of Liberation led by Ataturk.

The Jewish community of Turkey is recognized by the State through its Chief Rabbinate, and Chief Rabbi is called "Haham Basi" in Turkish.

There are only about 100 Jews in Ankara.

After the conquest of Bursa in 1324, ottoman sultan Orhan Gazi ordered that the Jews of Bursa could build a synagogue, and thus the Etz ha-Hayyim used for over 600 years. Today there are only about 140 Jews left in the town and only two synagogues remain active.

There are several old synagogues in the Balat and Haskoy areas of the Golden Horn which are worth a visit. Today there is a total of 16 Synagogues in use in Istanbul, all Sephardi except one.

Quincentennial Foundation has opened a unique museum in Istanbul. The museum contains material relating to the Jewish members of the old Parliament, physicians at the Imperial Court, diplomats, academicians, police officers and civil servants.
Tel: +90 212 2926333 / Fax +90 212 2444474

Kosher meat can be found at Istanbul and Izmir, the Chief Rabbinate can supply information about a kosher restaurant.

A Weekly newspaper called "Shalom" (Turkish & Ladino) with 8 pages, and a monthly journal in Turkish called Tiryaki are published as well.

This community in Izmir, numbering around 2,300, is the second largest in Turkey. The dramatic decline in population during the early 1950's caused the shutting down of several community institutions. In the 1960's there functioned only one Jewish school and two synagogues, the community still maintained a hospital and a rabbinical court.

For Kosher meat, please inquire at the Synagogue.