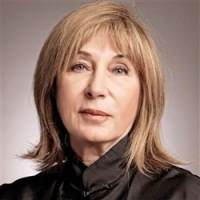 Ayse Kulin is a Turkish female novelist and screenwriter. She was born in Istanbul on 26th of August 1941. For many years she worked in various sectors of the Turkish media and also as a cinematographer and producer for many films and TV series.

Kulin released a collection of short stories titled Gunese Don Yuzunu (Turn Your Face to the Sun) in 1984. In 1999 she wrote a novel called Sevdalinka about the Bosnian War. In 2002 she wrote a novel titled Nefes Nefese about the Turkish diplomats who saved the lives of Jews during the holocaust in World War II. Her most celebrated books are "Adi: Aylin", "Sevdalinka", and "Fureyya".

She won several national and international prizes and screenplay awards:

Ayse Kulin married twice, both ended with a divorce, and has four children from her marriages.