How to marry in Turkey? 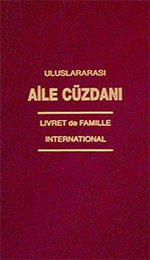 Marrying in Turkey might be a dream for many foreigners, because the country offers many idyllic sites, beaches, mountains, resorts, and great cities depending on your preferences for the places of a wedding. And the good thing is that you can start your honeymoon right after your wedding without losing any time; maybe taking a private tour to be away from the crowd, or a Gulet cruise in the Aegean shores.

According to the Turkish Marriage Legislation and regulations, a Turkish national and a foreigner or two foreigners with different nationalities can get married in Turkey, which can be done only by the competent Turkish authorities. Two foreigners from the same nationality can marry in Turkey either in the offices of their own Country's Embassy or Consulate, or in the Turkish Marriage Offices run by local municipalities. Please note that religious weddings are not recognized by the State, there has to be a civil wedding.

All the marriages in Turkey, Whether they are foreigners or Turkish, has to be conducted by the Turkish authorities and should be regulated according to the Turkish Civil Code and its related regulations.

Foreigners who want to marry in Turkey must provide their marriage licences issued by the proper Civil Status Register of his/her own country and proove that they're not already married at the moment. Otherwise, Turkish relevant authorities do not conduct these marriages. This means that the married couples cannot again be married in Turkey under the Turkish Law.

Conditions for a valid marriage

Necessary documents for the marriage