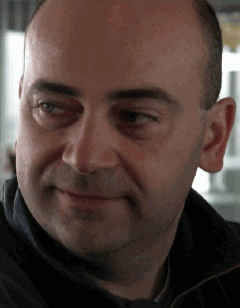 Besides guiding foreign clients of inbound travel agents in Turkey listed above and Turkish groups abroad for outbound tour operators such as ETS (Istanbul headquarters), I also work/worked with international pharmaceutical companies as a tour guide for their foreign corporate visitors to Turkey or as an interpreter and tour escort for their medical doctors and staff attending international conventions abroad. Some of these companies are/were Pfizer, Actavis, Amgen, Boehringer Ingelheim, IE Ulagay - Menarini, Novartis - Sandoz, Nutricia - Bebelac, Nestle Health.

Professional Tour Guide; I escort groups and private individuals in English, Italian, and Turkish languages all around Turkey, as well as abroad.

Iber Art Hotel (Kemer/Beldibi, Antalya); Five-stars hotel belonging to the Spanish Iber group. As part of my compulsory job training in order to finish my study at the University, I started as a reception clerk trainee and promoted to shift leader working in every department of the Front Office; cashier, reservationist and receptionist dealing with IBM AS/400-36 computers.

Sunny Travel (Izmir); A-Class Travel Agency working mostly with Dutch and British tour operators. As part of my compulsory job training during fourth semester of the University, I worked in this agency being responsible of coming reservations and proceeding operations.

Club Salima (Kemer/Beldibi, Antalya); First Class holiday village. During the second part of my first year job training I worked there as a receptionist at the Front Desk helping also to the other departments like Accounting and Guest Relations.

May Hotel (Didim/Akbuk, Aydin); Five-stars Deluxe hotel. During the first part of my compulsory job training, I was assigned to the Front Office as a receptionist working with NCR UNIX computers.

I am a licensed professional tour guide in English and Italian languages, introducing travelers of many nationalities to Turkey and its wonders since 1990.

According to the Law on privacy which entitled "Protection of people and other subjects regarding the processing of personal data" (generally known as "Privacy Law"), and other legislative decrees and regulations accompanying this Law, my personal data on this specific page of Curriculum Vitae (Resume) CANNOT be used by third parties.